Even though the Lord has the power to shift things with supernatural speed, the Lord will still lead us through a season of waiting so that he can align and endue us with power. Waiting upon God produces patients, endurance, humility, faith, and Godly character.

During the season of waiting, a person gets to know who they are and what they are made of.

This is the time when a child of God will get to know and trust Jesus as Lord of all.

Solomon said to everything there is a season and a time to every purpose under the heaven.

Giving birth to a giant’s destiny will require total surrender and dependence upon God.

There is a season of waiting between the planting of seeds and the harvesting of fruits. The latter rain and the former rain in moderation, which only God can give you.

There is a season of waiting between you being persecuted and rejected by others and you being delivered and exalted by God.

I am here to let you know that the waiting period is a struggle for the flesh, the natural man will get weak and impatient during this time, but the inner man will be built, awaiting the Kairos moment.

1. There was a season of waiting between the that was made to David and his accession to the throne.

2. There was a season of waiting between Joseph being impregnated with the revelation of his destiny and his walking forth in the manifestation of that destiny.

When you are in the waiting period, people will judge you and laugh at you. People will ask, why have you not given birth to your destiny yet?

I am pointing out this to you because there is an earthly faith and God-ordain faith.

Faith is a lack of unshakable trust in God.

Unbelief by itself has the power and the potential to terminate a person’s destiny.

Unbelief is like cancer; it has the potential to eradicate the residue of faith.

Unbelief is like nuclear waste wherever it spills, that place becomes contaminated and most often lifeless.

I will be careful of who I allow into my personal space.

Whom Christ cures, he cures effectually. Satan will do anything to regain control of a person who he was cast out of; but if Christ cast him out, he will keep him out.

Unbelief is the opposite of faith and where unbelief exists you will also find sin.

Unbelief and rebellion walk on the same path; the scriptures tell us in 1 Samuel 15:23 that rebellion is like the sin of witchcraft.

Let me lay this on you: unbelief is rebellion against God.

It is difficult or even impossible for a child of God to manifest God’s powers in a place where unbelief resides.

If you want to see the blessings of God on your life dwindle, place yourself amount people who are full of unbelief towards the teachings of Jesus Christ.

The fruit of the spirit cannot grow in a person who is full of unbelief toward God.

That is why you must be careful who you share your dreams with because there are a lot of dream killers just waiting for the right moment to get into your space.

But they know that what you are about to give birth to will shift this generation.

The scriptures say Elijah believed, prayed, and waited upon the Lord to send the rain.

Even though at first it seemed as if there was no evidence that it would have rained yet Elijah had immovable faith in the trustworthiness of his God.

A little cloud at length appeared, no bigger than a man’s hand, which presently overspread the heavens and watered the earth. Great blessings often arise from small beginnings and showers of plenty from a cloud of a span long. Let us therefore never despise the day of small things but hope and wait for great things from God.

The great harvest is closer than you think all you need to do is just wait upon God. 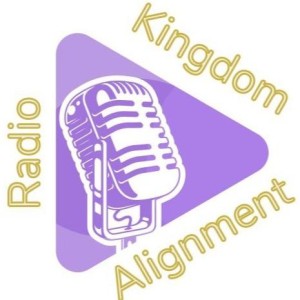 The power of being in Spiritual Alignment